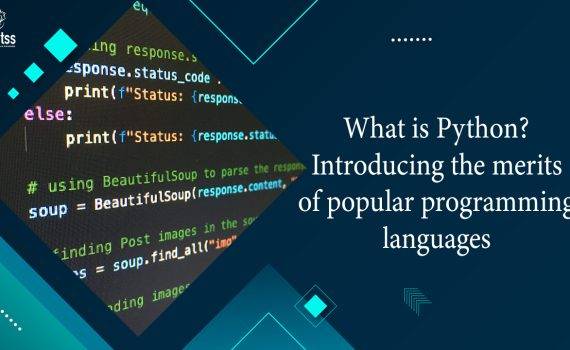 Popular apps such as YouTube and Instagram use the popular programming language python. Furthermore, it is also used in technologies that are currently attracting attention, such as AI development.

Since this language is widely used, the learning costs of the Python course in Chandigarh are low, and you can easily study on sites and in books. It is a concise language specification that is easy to learn even for beginners in programming, and it is also attractive to be able to write with a small amount of code.

What can you do with Python?

What are the benefits of using Python?

In addition, Python is a programming language specializing in statistical processing and numerical calculations. These characteristics are also one of the reasons. Why this Programing Language is so popular in machine learning, deep learning, and even data analysis processing? Specifically, a machine learning library called TensorFlow is being used in the field of deep learning neural networks.

With Python, you can create programs in various fields such as games, embedded applications, and desktop applications. Python has a large number of libraries, so it is widely developed in all fields.

The future of Python

You can see that this type of programming language is a popular language because of the large number of job openings. Especially in recent years, the demand for Python’s artificial intelligence (AI) development has been increasing.

At present, AI development is Python’s monopoly. In other words, it is no exaggeration to say that the future of Python is the most powerful of all programming languages.

However, learning this type of programming language does not mean you will be safe for the rest of your life. With the advancement of AI, there is a possibility that a programming language more suitable for AI development will be born. However, if you learn Python from the Best python course in Chandigarh, you will be able to ride the wave of AI for the time being.