Linux –The prime foundation for programming 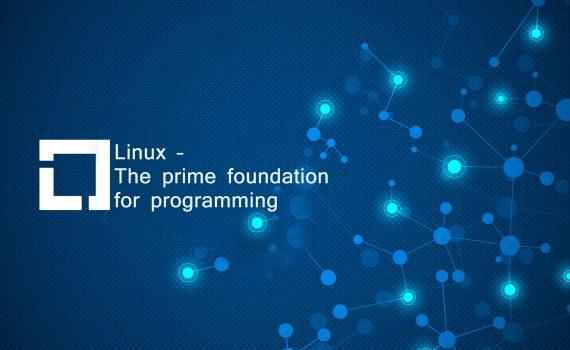 Linux –The prime foundation for programming

Computers, laptops, or smartphones have become irreplaceable parts of our lives. The Operating system manages the activities of a computer, laptop, or Smartphone. An operating system is a type of software that handles the device’s hardware like the CPU, storage, and memory. The operating system decides the work environment for the device.

Linux is one such operating system. If you want to do regular coding or create various programs, Linux is the best. It supports various coding languages and offers good speed and security. The most obvious benefit of using the Linux operating Software is that it is open-source software. As it offers versatility, anyone can use it.

For efficient usage, it is necessary to take up Linux training. If you are looking for Linux Training in Chandigarh, then CBitss is one of the best organizations to offer this course.

What is the Linux operating system?

As we have mentioned earlier, it is an open-source operating system. It has become essential for the corporate world. If you want to enter such a company, Linux is a necessity. Even the OS of android is based on the Linux kernel. It is one of the most trustworthy Operating systems and provides a free platform to perform various functions.

If you want to do coding or act as a web developer, then it is one of the best-operating systems for such purposes. It may induce specific changes in the working environment of the computer but it is easy to learn. The code to install Linux is free. Any person can use this OS and modify it. If you want to work over programming languages and learn to code, Linux is the best option. One must master the use of Linux OS for efficient usage of programming languages.

In any operating system, components form an essential part. It is no exception. Therefore, we must know the components of this OS.

The kernel is one of the essential components of an OS as it directly interacts with its hardware. It is the closest link between the Operating system and the system hardware. It ensures the efficient interaction of the resources of OS and the hardware of the system and is responsible for looking after all the significant functions.

The processes which run independently of the user interaction are mainly known as the background services. It is not under the direct control of the shell. Some of these services run in the background to provide optimum results when used directly.

It is the component of OS that allows direct interaction between the user and the system. You can give commands to the system and obtain the outputs as required. One great advantage of using it is installing multiple shells and using them according to your requirement.

It is a program that for the inputs and outputs to be managed by the users. Without a graphics server or display server, you have to use a command-line interface which is a tedious job.

You must be wondering what the advantages of using it over other OS available in the market are. Also, there must be a question in your mind that why it is better for programming languages. Following are some reasons

Linux Operating system is a good choice as it ensures a safe environment to work. It is used as it provides more security.

One of the most significant advantages of this is that it can be readily available and that too free of cost. The Linux commands are straightforward to learn.

Supports most of the programming languages

Linux is the most preferred operating system for programming languages.  CBitss provides Linux Training in Chandigarh and covers most of the concepts about Linux.

The app store provided by Linux has a wide variety of apps. You can choose a suitable one from the tons of apps available in its App Store.

Abash script contains several commands in a series. You can modify or merge these commands to create more complex combinations. These are mighty commands.

It may seem like a complex OS. It is easy to learn Linux commands and requires some knowledge about the basic concepts which can be provided under training.

Chandigarh is home to a large number of industries. The demand for people specializing in Linux is increasing. CBitss is one of the best training institutes for Linux training in Chandigarh. If you are a programmer or want to choose to program as your career, learning the basic Linux commands is very important.