WHY IS LINUX TRAINING IMPORTANT?

Home » WHY IS LINUX TRAINING IMPORTANT? 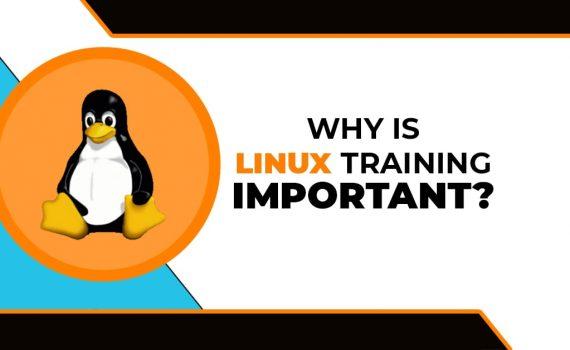 WHY IS LINUX TRAINING IMPORTANT?

Linux is almost similar to UNIX but evolved to work on various hardware, from phones to supercomputers. The operating system includes components like GNU tools, among others. These tools are helpful in the installation of software, configure performance and security settings and much more. It is also free to use as you have no need to pay anything for this.

Linux is the most powerful open-source software, so anyone can study, modify or even sell copies of their modified version as long as they do not violate the license. Even professional programmers contribute to the Linux kernel, help in finding and fixing bugs,  solving security problems, and provide new ideas. From smartphones to supercomputers, home appliances, desktops, cars, everywhere people use Linux operating system. It is just like windows, IOS and Mac OS. Also, Linux operates one of the most popular platforms, androids. It mainly makes a connection between your hardware and software with Red Hat releasing a remote exam system where anyone can write a Linux exam sitting at home.

Why prefer Linux over others?

It is open-source and gives the freedom to use it or run any program for any purpose. Linux has the freedom to study over the program and also can makes changes whenever you wish. It also has the freedom to redistribute your modified version and you can redistribute its copies too. Because of its flexibility and it is one of the most reliable computer systems, zero cost of the entry fee is there. So, you can install as many computers as you want as there is no restriction for this.

Many people use the words Red Hat and Linux words synonymously. Linux distribution is supported and curated by Red Hat, and that’s known as Red Hat Enterprise Linux. Today these two support software and technologies for cloud,micro-services, virtualization, management, storage, application development and much more.

Reasons why you should take Linux training

High security: it is open-source so, it is straightforward to install. Anyone can install it on their PC. It protects your PC from harmful viruses and different bugs while building this security system taken into consideration. If you install anything from a third party, there are high chances of a security attack, creating problems in your system.

Ease of maintenance: There is no need for a continuous reboot like windows in the Linux platform. On every update, windows asks for a hardware change but there is no such problem in the case of Linux.

Customization: Linux is known for its customization property. It offers a wide range of command lines to work on a system.

Free: because of its open-source and free nature, it is most widely used. Users do not have to pay any fee for its use. This fulfils the requirement of all regular users as well as advanced users. A lot of educational books are also available in this and that free of cost.

Can I write the Linux exam sitting at home?

Yes, you can write a Linux exam by sitting at home. You can Linux online exam anywhere on any PC because of its flexibility. It gives you scope to prove your skills. CBitss is allowing you to know more about this. They are also providing you best course to get an expert in this field.