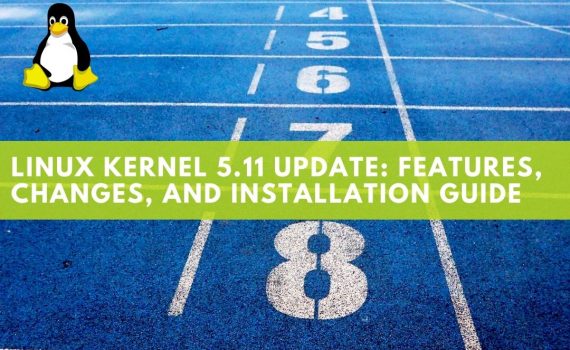 The first major kernel update of 2021 comes with a credible crop of changes and a plethora of driver updates for AMD, Intel, and Arm-based hardware.

The next change in AMD based Ryzen series of laptops is the AMD SFH Driver, aka Sensor Fusion Hub driver. It takes care of the gyroscope and other sensors in such laptops.

AMD SoC PMC driver in Kernel is the most talked about subject because it brings improved power management on AMD Chromebooks and Ryzen notebooks.

For enhanced security on web browsing and DRM, Software Guard Extensions support is added for Intel processors.  The kernel also supports Intel PMT (Platform Monitoring Technology) because it helps in collecting and managing telemetry about devices. For big companies and data centers, this is going to contribute to handling huge sets of devices with ease.

Similar to all the kernel releases, Btrfs sees constant improvements. It is expected to have more addition in this release. F2FS, XFS, and VirtIO-FS are some file systems that have been improved with the latest 5.11 update.

Other hardware (major ones)

For more details, subscribe to the Newsletter now. We will keep you updated with the latest information about Linux training in Chandigarh with the help of our latest blogs.

Though you can install the mainline kernel on Linux Mint or Ubuntu, the installation is not recommended because it might break your current Ubuntu Linux system. It is imperative to keep in mind that these builds are not intended for end-users.

So, users are suggested to wait for an official update in respective distributions. The Linux 5.11 kernel will feature in Ubuntu 21.04 in April and will be backported to Ubuntu 20.04 LTS in the summer.

In case you still want to install the Linux Kernel 5.11 version, consider the below installation guide in Ubuntu-based systems.

A Piece of Advice

If you can’t wait till Linux 5.11 is featured in Ubuntu 21.04 in April, you can do it manually by following the above information. However, it is whimsically essential to consider that if your system breaks, it’s up to you to fix it!