Multithreading is a process of executing multiple threads concurrently.
It is a combination of Multi + threading, where multi means multiple and thread means sub_process.

So, before understanding thread we should first understand what is process, as thread is a sub process means a part of a process. 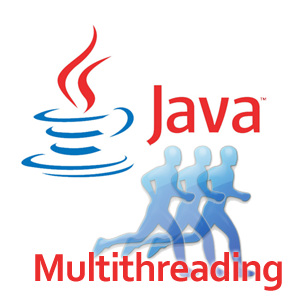 Definition : Exceutable state of a program is known as process.
That means, everything that system (Computer) execute is known as process e.g, playing music, working with software like Microsoft word document, playing game etc are the examples of process.

Each process is a combination of one or more than one thread(s).

e.g; Microsoft office word document : It consists of multiple threads like one thread take the keyboard information for displaying content and simultaneously another thread do check on the content spelling.

So from above content we came to know that multiprocessing and multithreading both are part of multitasking.

Difference between Multiprocessing and MultiThreading :

Thread class is a predefined class in java heaving multiple methods to start and execute threads.

Whereas runnable is an Interface heaving run method only.

Working of thread:
Threads complete its process or execution in five steps, known as life cycle of thread.

Java Thread state are as follows: 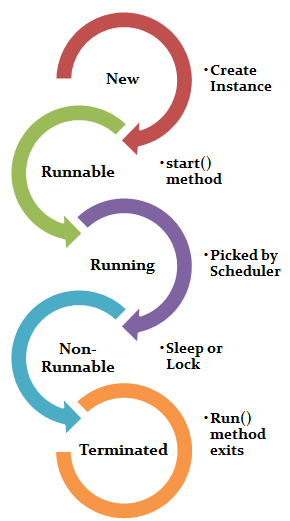